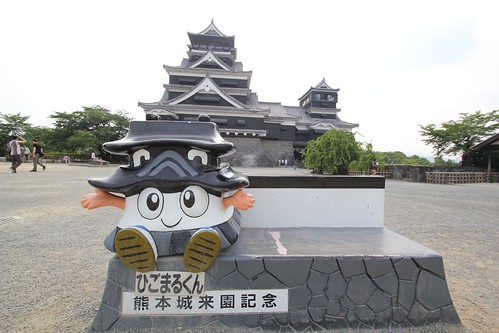 At first, Kumamoto was just a place on map where the bus from Kagoshima stopped and we could transfer to the near by train station and move on to Mount Aso.  It didn’t take long to find out that it is home to one of the finest castles in Japan next to Himeji outside of Osaka and the Nagoya Castle just north of Nara.  The feudal lord and highly trained warrior Kiyomasa designed and constructed the Kumamoto Castle over 400 years ago. And yes, Kato Kiyomasa is the same samurai warrior featured in Koei’s PS2 Way of the Warrior video game.

The castle is the site were the final battle between the samurai and the Meiji empire. The Satsuma Battle ended with the defeat of the samurai and a partially destroyed castle. The battle has been romanticized and even inspired the film The Last Samurai starring Ken Watanabe and Tom Cruise. The restoration of the castle to was completed in 1970. Its well worth a visit. I’m sure its amazing in the spring when there are 800 Sakura trees are in bloom. 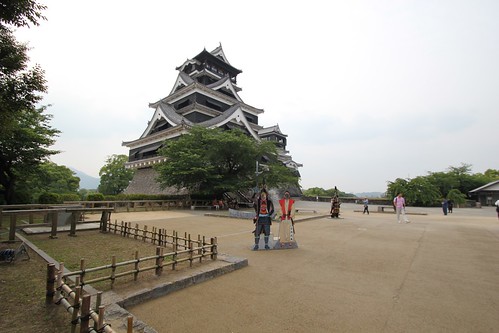 Tom and Ken figures in front of the castle 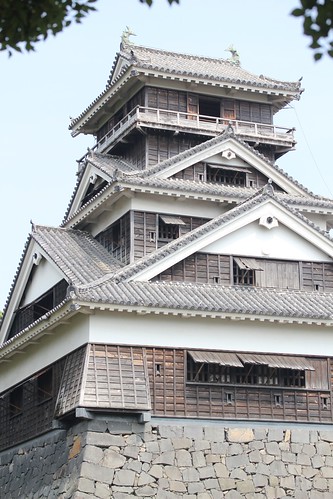 None the less, Kumamoto is a great place to stop by and spend a little time visiting. Especially if you want to check out an area of Japan that has a significant place in Japan’s recent history. For us, the next stop is Mount Aso where we will spend some time hiking in the area, viewing my first active volcano and bath in many of the hot springs in onsen  town Kumagawa.

Honmaru Goten Palace where the Emperor presided inside the Kumamoto Castle

Secure walls surrounding the buildings inside the Kumamoto Castle

I'm a curious traveler who enjoys sharing street, architectural and landscape images that capture daily life and represent how history has made its mark on the present. View more posts